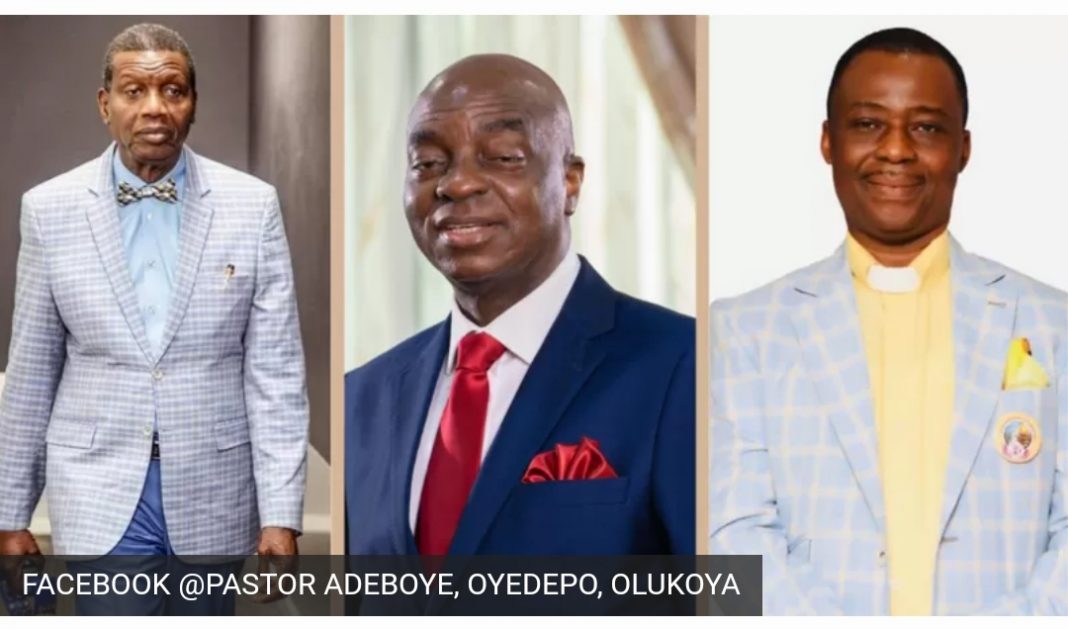 Popular Nigerian pastors have started to release prophecies for the new year—2022. Chief among them are Pastors E.A Adeboye, Daniel Olukoya and Bishop David Oyedepo.

During the Cross-over Service held at the Redeemed Christian Church of God Auditorium, Pastor Adeboye in the early hours of Saturday, January 1, released the 2022 prophecies in three phases— General, Nigeria and Intercontinental.

For General Prophecies, the clergy announced that despite the previous challenges, 2022 would usher in massive breakthroughs with a new breed of projects and the emergence of ”previously unknown stars.”

For Nigeria, the clergy was somewhat reserved. Recall that the clergy had been criticised in the past for his prophecies by Nigerians who claimed that they were drawn from science and mere assumptions. Adeboye however spoke in parables. He said,

While at the Intercontinental level, Adeboye prophesied that migration would take a new shape and warned the world against two “monstrous storms”—One coming from the Atlantic and one from the Pacific unless they are weakened, the result would be terrible, the clergy warned.

For Daniel Olukoya, Founder, Mountain of Fire and Miracle Ministries, the 2022 prophecies is a long list of 37 items.

In summary, the cleric stressed the urgent need for Nigerians to pray against starvation, political instability and other looming catastrophes.

Olukoya prophecies were wrapped up with a final declaration:

In his own part, the general overseer, Living Faith Church, Bishop David Oyedepo at his church Cross-Over Service in Canaanland, Ogun State declared that 2022 shall be a year of “thanksgiving” with remarkable differences in people’s life.