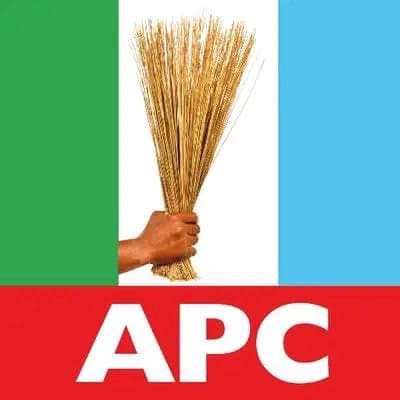 The APC Presidential primaries 2022 is being held at Eagle Square in Abuja. The convention which started yesterday will span through June 8.

Therefore, to answer the question that might have been lingering in your mind—Who is the APC Presidential Primaries 2022 winner?

The APC presidential Primaries 2022 winner is not yet announced, but by the end of the day, their convention should be able to produce a presidential candidate.

So to catch up on the APC Presidential Primaries 2022 update, be on the stand by with Naija Banquet, as we will be rolling out fresh updates on the APC Convention 2022 as they emerge.

In the meantime, here is the latest we know about the APC Presidential candidate.

In the last 48 hours, a lot happened within the All Progressives Congress (APC). One of those is the announcement of the APC consensus candidate.

Reportedly, the APC NWC chairman, Adamu announced Ahmed Lawan as the APC consensus candidate. According to him, Lawan is the preferred choice of the president Muhammadu Buhari.

Consequent to the announcement of the consensus candidate, there were uproars in different political camps within the APC.

Meanwhile, the APC Northern Governors insist that the presidency should go to the south. Therefore, disassociating themselves from Adamu’s announcement of Ahmed Lawan as APC consensus candidate.

Similarly, though president Muhammadu Buhari had urged the APC governors to allow him choose his successor, he has also denounced Ahmed Lawan as his anointed candidate openly.

According to him, all aspirants should go to the field and contest the seat. And, whoever emerges as the winner should be bear the party’s flag in the 2023 general elections.

These imply that the announcement of Ahmed Lawan by Adamu is a sole decision of the NWC chairman against the wish of the president and the party.

Really? Not Truly So.

Thing is, the announcement of Ahmed Lawan as consensus candidate is not a mistake. To our own understanding, it was a deliberate act.

We must understand that the preference of a southern candidate in the APC Presidential Primaries 2022 does not disqualify the northern aspirants from contesting the presidential ticket.

In fact, President Buhari had told the two blocs—Northern APC and Southern APC to come up with a sole candidate each.

While the Northern APC were able to pull their heads together and come up with a candidate, the Southern APC bloc meetings could not produce a sole candidate.

Therefore, to put things straight, Ahmed Lawan is the preferred choice of the Northern APC not the national APC consensus candidate.

Another matter of interest that happened in the last 48 hours is the that of the executive Governor of Kogi State, His Excellency Governor Yahaya Bello.

In a clip that has now gone viral, the APC chieftain seems to be angry. He was quoted as saying “don’t address the press” in the footage.

Accordingly, multiple sources confirmed that Yahaya Bello was asked to step down for a Southern candidate. Ultimately, this led to his outrage and walking away from the APC meeting.

As the plot thickens, there are clear indications that Consensus is till possible.

Earlier today, the chairman of the Northern Governors Forum in the company of his friends, Solomon Lalong submitted five names to the president.

The names of the aspirants are: Tinubu, Osinbajo, Ameachi, Fayemi and Umahi. Clearly, the race is between these 5 contenders.

The game of politics is however unpredictable. There might still be some twist to the plot at the eleventh hour of the APC Presidential Primaries.

Till then, let’s enjoy the suspense together.