ENOCH: 4 Things to Expect in the Biopic Thriller Movie by Mount Zion 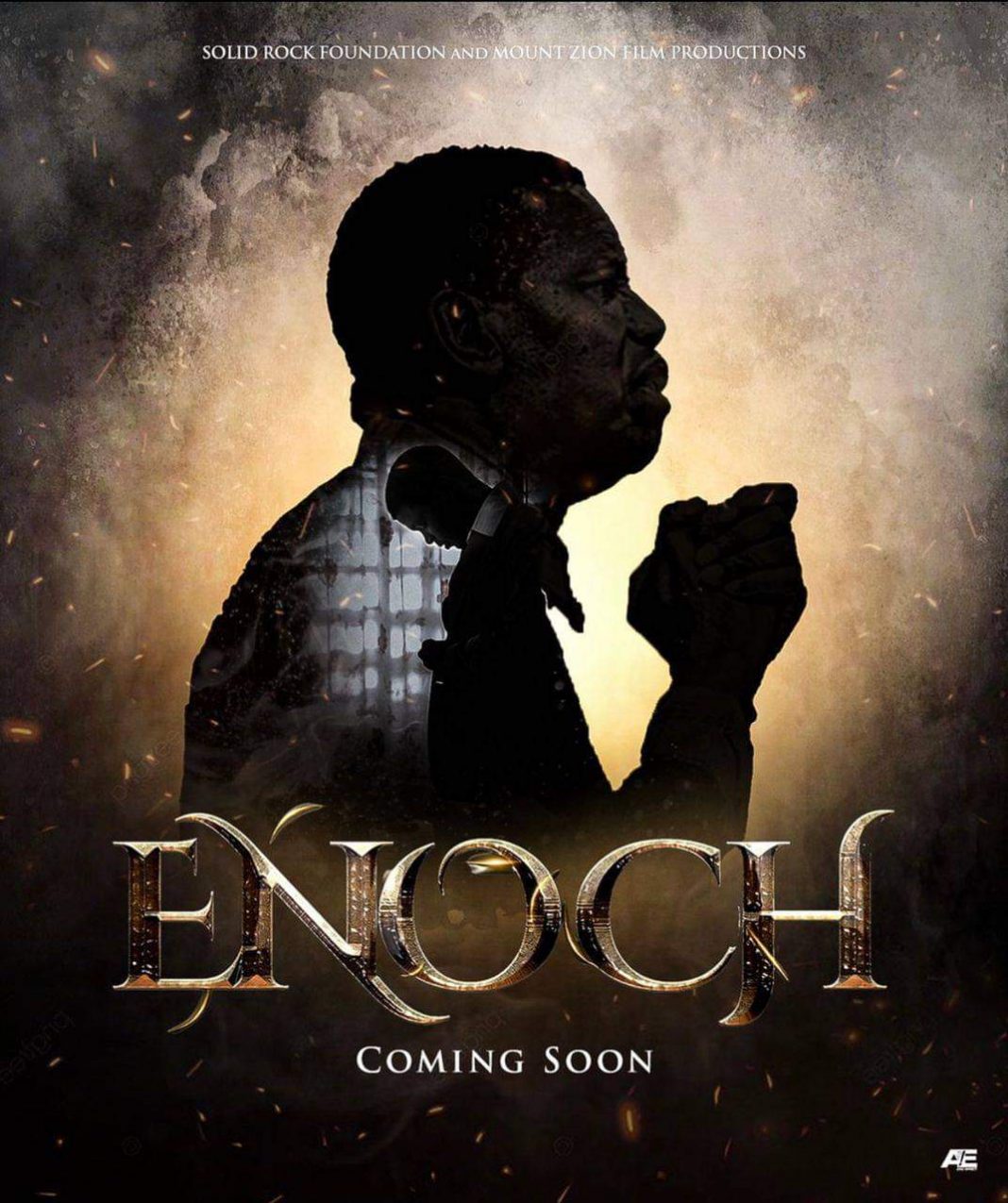 In this post, you will find 4 exciting things to expect from the biopic thriller movie by Mount Zion on the life and ministry of Pastor Enoch Adeboye titled ENOCH.

Since its founding, the Mount Zion Film Productions has been a blessing to the Christian fold. From the days of Apoti Eri, Agbara Nla, and Esin Ajoji to the recent drama series of Abejoye and Abattoir.

As the foremost Christian drama production company in Nigeria, Mount Zion has and is still shaping lives across the continent as a chief spiritual and moral agency through dramatic performances.

In fact, the childhood memory of many Christian adults today is not complete without the impact of Mount Zion Film Productions while growing up.

Recently, a chief executive and director of photography of Mount Zion Films, Damilola Mike Bamiloye teases their fans about “ENOCH”— a biopic movie on the life and ministry of the General Overseer of the Redeemed Christian Church of God (RCCG) Pastor Enoch Adeboye.

The news has since travelled beyond the length and breadth of social media, leaving the audience with a cover art piece and a cluster of suspense hanging on the yet-to-be-released movie.

Subsequently too, there has been a lot of conversations about the thriller movie. One of those  conversations is what you about to read.

Here are the things to expect from ENOCH the Movie by Mount Zion Film Productions, Nigeria.

4 Things to Expect in ENOCH Movie by Mount Zion

If you have been seeking any clarifications on the life and ministry of Pastor Enoch Adeboye, then the ENOCH movie by Mount Zion is a must-watch for you.

This is because the movie is a documentary that revolves around the great Pentecostal preacher. The storyline follows real-life events and situations that are told from the perspective of the living legend himself.

For instance, we will be taken on a journey to see the childhood experience of Pastor Adeboye in ENOCH. We are also going to see his educational background as well as his career experience.

Questions about how and when he became born again, how he met his wife, how he began his ministry, what influenced his Christian life and who his mentors are, are going to be answered in ENOCH.

Therefore, perish the thought that there is going to be some fiction in the plot of the movie. ENOCH is basically a biography of pastor Adeboye which chronicles his life from childhood to his present age.

2. Loads of Themes and Lessons

Another thing to expect from this latest Christian movie by Mount Zion is loads of themes and lots of lessons.

Just like an earlier biopic movie titled the Train, this documentary promises to address real-life issues that are relatable to every Christian.

As we have already pointed out earlier that the movie will revolve around real historical facts, look forward to picking one or two lessons that will help your Christian growth.

Some of the themes that may likely be found in the Christian movie include the theme of Faith, Christian living, marriage, God’s calling, church administration, self-denial, human sacrifices and many others.

Beyond a doubt, we know that ENOCH will stir up people’s faith and also bring more people into the fold of Christ. Above aesthetics, we believe that the movie is God-inspired and power-packed.

3. Pastor Adeboye may Star in ENOCH

Though we can not authoritatively confirm that pastor Adeboye will be starred in ENOCH, there are clear indications that he might most probably feature, though briefly.

If one could read people’s minds, one will realise that they are on this page. Indeed, his appearance will not only add to the plausibility and authenticity of the story but also attract more appeal and patronage from the global audience.

For many, even if it is just one scene in ENOCH that features the real character, that’s enough. Howbeit, the character of ENOCH will be enacted by an adept Christian actor.

Though we are not sure exactly who is going to play the role of the eponymous and central character in this Christian movie by Mount Zion, we know he cannot render less.

On the whole, expect a top-notch acting experience from the cast of the ENOCH movie.

4. Will ENOCH be Released in Part?

Until recent times when Mount Zion Films are now produced and released in parts and episodes, there used to be no sequels back in the days.

For ENOCH, we suppose that there might be no sequel. Instead, it might most probably be a single release that could be watched at a stretch.

Howbeit, this does not mean that the ENOCH movie won’t be a complete story. Like the Train, expect a movie with a captivating and complete plot.

But if it comes as a seasonal movie, we are also happy about it. Just that each episode will end with a suspense that will keep us longing for the next release.

Naija Banquet tried to answer some of the frequently asked questions about the latest Nigerian Christian Movie by Mount Zion entitled ENOCH.

What is ENOCH Movie About?

Enoch Movie is the latest Nigerian Christian movie by Mount Zion. It is centred on the biography of Pastor Enoch Adeboye.

The storyline of Enoch captures his life experiences from childhood to his present age. ENOCH is based of on true life events told dramatised from the perspective of Pastor Adeboye.

The release date of ENOCH is not known yet. According to the teaser ad posted by Damilola Mike Bamiloye, the bio-epic movie is coming to our screens soon.

Where to Watch/Download ENOCH Movie by Mount Zion?

To watch and download ENOCH Movie, go to Damilola Mike-Bamiloye’s channel on YouTube and search for the tittle.

You will also find the link to the epic thriller movie on his bio across social media upon release.

We do not have information about the complete cast of ENOCH yet. We will update you as soon as possible.

Are you anticipating ENOCH too? Let us know what you are expecting to find in the movie when it is finally released in the comment. Also, support us by sharing this post on social media. Thank you!

All rights reserved. This material, and other digital content on this website, may not be reproduced, published, broadcast, rewritten or redistributed in whole or in part without linking back to the original story and or prior express written permission from Naija Banquet.