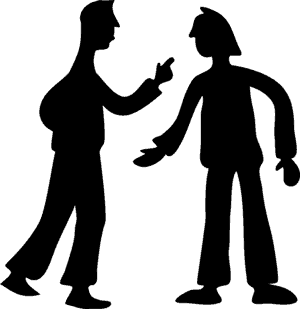 Unlike many untrue reports that have been flying around on media, this article stories how former president Olusanjo Baba Iyabo called out the incumbent president, his excellency, General Bubu and how they engaged in a battle royal. Trust me, you are reading a first-hand report written from the perspective of an eye-witness. This is the tale of two generals at loggerheads.

Before I go into details, let me bring to the forefront of your consciousness, perhaps you have forgotten that former president Olusanjo was infamous for taking swipes at the president for his ineptitude and nonchalant attitude to the fragile state of the country’s security.

As Major General Ibrangida commented about the stiff-neckedness and yet disturbing nature of General Bubu— the agile mopol as milltary head of state in Liegeria as follows: “Regrettably, it turned out that major general Bubu was too rigid and uncompromising in his attitudes to issues of national significance. Efforts to make him understand that a diverse polity like Liegeria required recognition and appreciation of differences in both cultural and individual perceptions, only served to aggravate these attitudes“ (August 27, 1985), Olusanjo in his long letters reiterated that as it was then, so it is now and world without end.

Just recently, Baba Iyabo in his So Long a Letter accused the agile mopol of concluding plans to adopt Liegeria as the homeland for all Fulanis in Africa. He further accused the general conquered by banditry of deploying Liegerian troops to subdue Liegerian people for the benefit of Fulanis. Needless to say, Baba Iyabo had boasted that if he were president at this time when insecurity is a major threat to social peace on order, he would conquer the enemies of the Liegeria in the twinkle of an eye.

Olusanjo was hurting Bubu with his letters and public statements. And though he enjoyed it in the company of his followers, he had perhaps forgotten that he was dining with the devil with a short spoon.
In a bitter exchange, Bubu accused his predecessor of filtering away $16 billion on phoney electricity projects. The plan was to reenact the Abacha era where Baba Iyabo was put behind the bars on trumped-up charges. But since Baba Iyabo would not keep silent on the conspiracy and threat to his life’s security, the plot had to take a more bizarre dimension.

On April 10, 2021, corollary to the invite by the Federal Government of Liegeria to chair the launching of the Liegeria Gun Manufacturing Company Aebuja, Baba Iyabo dazzling in a white flowing agbádá, a matching fìlà and fine Italian shoes arrived the occasion with his entourage. Little did Olusanjo know that it was a set up to meet his match. This time, not in the letters but in the field.

Fast forward to the end of the ceremony, after Baba Iyabo and the agile mopol had sat together, chatted and laughed together, the agile mopol invited Baba Iyabo for dinner at the Aso Rock. On that fateful evening, the sky lark refused to sing as it rose to the heavens and the stars did not come to dance with the moon either. Nature simply didn’t work in Olusanjo’s favour. Perhaps he would have disappeared mysteriously.

The table was set and Olusanjo was led to banquet with the president. On the dinning table, there was a set of golden plates and silver spoons. But there was something wrong with the aroma hanging in the air. Baba Iyabo managed to keep his calm and enjoy the discomfort before the agile mopol surfaced in his military uniform. Bubu was all grin and boiling when he challenged Olusanjo to a fight. And….whew! Barely had Olusanjo removed his cap and took up the challenge when he was whisked away into a waiting van. By the time he regained consciousness, the last thing he remembered was the horrible colour of pain, shame, regret….

NB: the characters, time, place and events storied in the above piece are fictional.