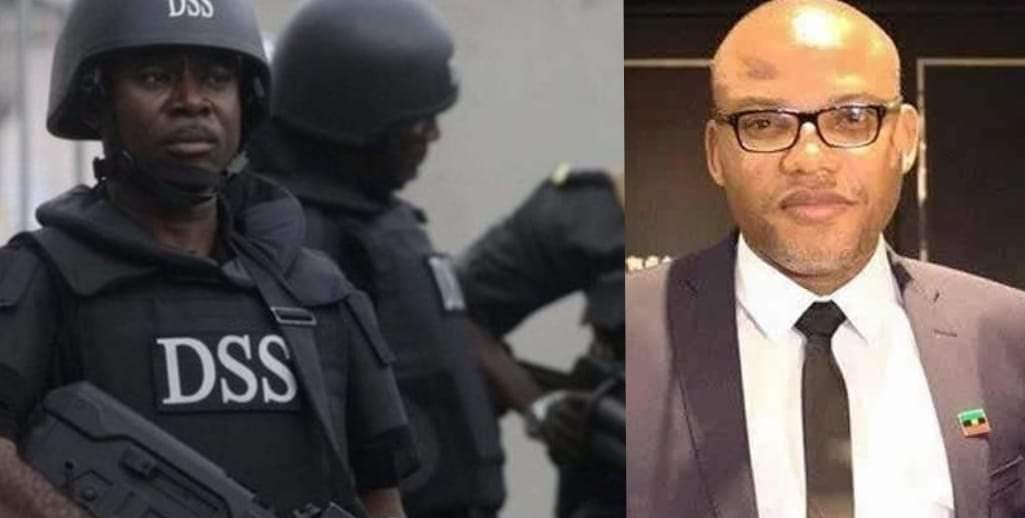 Mr Kanu’s trial had been adjourned to July 26 after being abducted by Nigerian security agents and repatriated to Nigeria from Kenya on June 29.

The court ordered that Mr Kanu be remanded till July 26 for continuation of his trial after counsel to the Attorney-General of the Federation, Labaran Shuaibu, informed the court that Mr Kanu has been re-arrested after jumping bail.

The continuation of Mr Kanu’s trial comes amid strong opposition to press freedom by the Buhari-led regime. On Monday morning, lawyers, journalists and other court observers had been refused access to the court premises for the proceeding and the court had been heavily guarded by SSS agents.

Peoples Gazette reported that the security officers shut down the two major roads leading to the federal court facility and its reporters refused access to the proceedings at the gates, the report also included the arrest of two foreigners, guests at a hotel opposite the Abuja Division of the Federal High Court for taking pictures of the court premises from their hotel balcony.

The Buhari-led regime accused Mr Kanu of facilitating the killings of 60 persons and the destruction of property in 55 violent attacks across the South East and South-South zones within a period of four months. It also noted in a letter that the secessionist group increased their attacks upon receiving instructions from Mr Kanu using Radio Biafra.

Lawyers representing Mr Kanu from Igbo Lawyers Worldwide said they were blocked from being able to access the newsroom according to Vanguard and other outlets that reported the incident. It was unclear whether or not the lawyers were later allowed in to enter legal representation for the IPOB leader.