Tinubu knows how to clampdown on death rumours and their sponsors 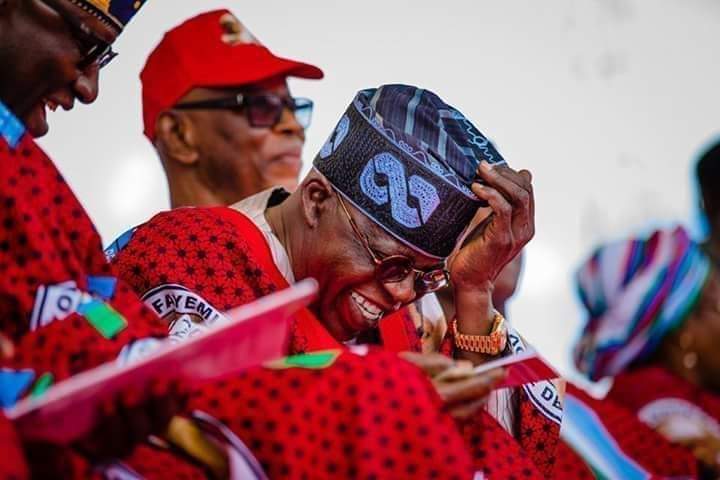 The other day, I was discussing Tinubu’s personage with a friend and I said that Tinubu qualifies to be a subject of study in school. He should be included in the secondary school syllabus and or perhaps a course of study at the University. This is because he is a man of unique political dynamism. He knows his cards very well and no one has successfully beat him in his game. Not one of his political foes in Lagos and Southwest Nigeria, if I may add. Quite typical of a Nigerian politician, Tinubu knows how to do the most undemocratic thing in the most clean and democratic way which is the truth and we all know it. This among many more besides amuses me about the two-time Lagos State Governor. But it is good meat for discussion another day.

You see, this social media thingy is a very porous space. It accommodates all kinds of content and sells it at almost no cost at all. And you know, Nigerians, we like cheap things. Just pick some lies and spice them up with some ginger; whew! How we rush it like party jollof. But peddling fake news is injurious to our democracy. It is capable of tearing down the beautiful things we have laboured very hard to achieve as a country. Every truth should be given the benefit of doubt. That is the proper way of believing.

I think I felt the pains of Tunde Rahman when he took to the media to decry the peddling of fake news knowing how much toll it is taking on his principal. He said, “Anytime he travels out of the country, the next thing some mischievous people would say is he is sick, hospitalized, or has died. It is shameful that perpetrators of this evil are not deterred by the fact that each time this fake news has been propagated, they have been proven wrong.”

But, we can not heap heavy blame on Nigerians too. What is neither strange nor surprising is that Nigerian elites are spin doctors themselves. They know when and how to hijack the media for their own advantage. That was how in the past, the news of former Governor of Oyo State, Sen. Isiaq Abiola Ajimobi’s death was rumoured for about a week until the news was confirmed true. It is funny that he was appointed as national chairman of the All Progressive Congress (APC) in death and occupied the position posthumously for some days. For whatever reason, however, it is crystal clear that his death news was delayed intentionally. It was a cocoon for some sport.

I can not recollect how many times people have spread rumours that Chief Bola Ahmed Tinubu is dead since I became a social media user. In 2021 alone, people have peddled all sorts of rumours that Jagaban has died on social media. The last two months was littered with his obituary. For instance, on June 15, 2021, Tinubu was rumoured to be dead in a viral WhatsApp audio clip. The rumour was that Tinubu died at a hospital in Dubai, United Arab Emirates, only to be debunked by his aide who confirmed that his boss had just arrived in Nigeria that same day with pictures attached.

Just three days ago, the internet was again flooded with the news that Jagaban had died. Some claimed that he jetted out of the country to attend to his health in an American hospital, to make things worse, he was alleged to have undergone three different surgeries which he did not survive. Corollary to the rumours, the Internet was agog with his obituary. But Tinubu knows how to clamp down on death rumours and their sponsors. Barely had the Internet been flooded with his death rumour when a picture of the grandmaster with one of his boys surfaced online. Jagaban was pictured sitting on a fine couch and having some talks with his always index-pointing boy, Governor Babajide Sanwo-Olu who came to visit him.

Haters must be ashamed of themselves. Tinubu has proven them wrong again. The message is passed. The great Jagaban of Lagos is fit as a fiddle. They should find some work to do. But this does not perish the fact that Jagaban is advancing in time and age is telling on him. Away from rumours and concocted stories, we all watched him spill gibberish in Kano. Needless to say, the uncountable times he has slumped this year. As much as I like his character(not his actions), Nigeria’s love will always supersede. Tinubu might be yet another catastrophe if he becomes president. Nigerians should wise up. History must not repeat itself.