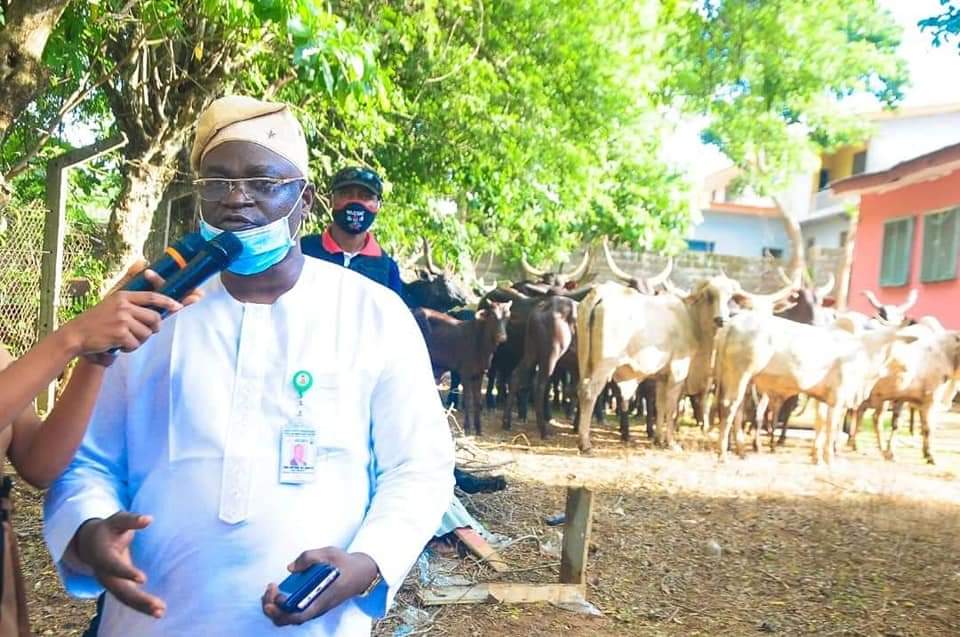 Governor Rotimi Akeredolu recently signed the anti-open grazing bill into law and the Amotekun Corps has since been enforcing the law.

The Commander, Amotekun Corps, Chief Adetunji Adeleye, said the cows and the herders were intercepted at the Oke Ala area of Akure, the state capital.

“We confiscated about 180 cows and they are in our custody. We intend to release them to the owners after they have complied with the regulations as contained in the anti-open grazing law. We have also detained the three herders arrested with the cows. Their boss has come and we are dealing with the boss now,” he stated.

Adeleye lamented that despite the state government signing the anti-open grazing law, the herders still continued to break it.

The Amotekun boss stated, “We have a number of herders here with us and we are making them comply with the enacted law, which stipulates penalty for defaulting herders. The position of the law is that if they choose to go to court, we will implement the law, which stipulates a minimum of N100,000 fine or three years’ imprisonment.

“In most cases, you will see them pleading that such a thing will not happen again. We have also implored the leadership of Miyetti Allah to educate the members that the anti-open grazing law of Ondo State is fully in force.”