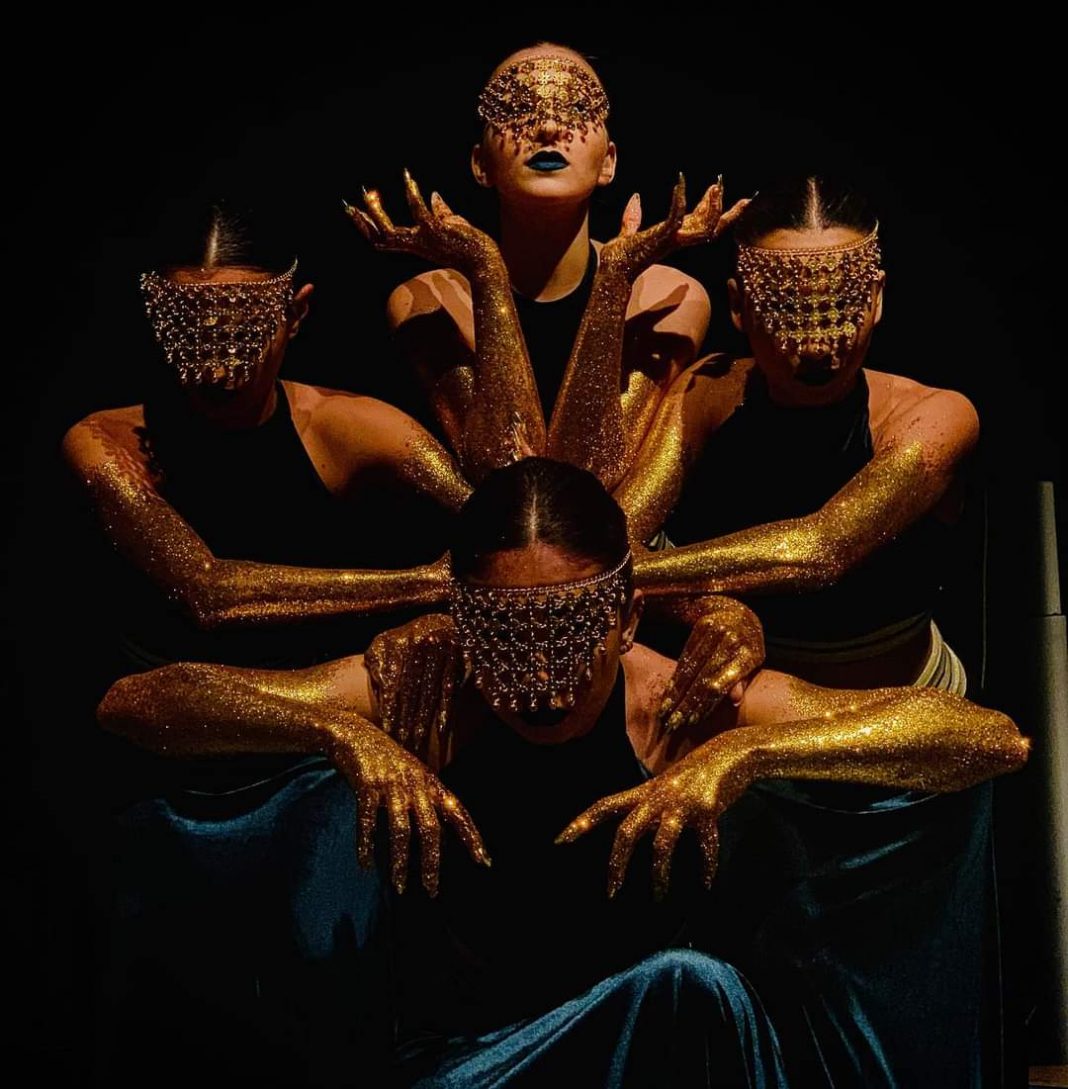 This research article is about the Mayyas Group.

Find out everything you need to know about the Dance Group with spell-bound acts.

Who are the Mayyas Dance Group?

The Mayyas Dance Group are a Lebanese-based choreography dance crew. They became popular after winning Arab Got Talent in 2019.

The Mayyas dance group is an all-female crew with 31 members. They are aged between 13 and 25 years of age.

They came from Beirut, Lebanon where they all reside.

The “Mayyas” Dance Group name is an Arabic word meaning “The Proud Work of Lioness” in English.

The Lebanese group are known for delivering impressive stunning acts with the accompaniment of music instruments or songs.

They are directed by a multi-talented choreographer and dancer called Nadim Cherfan. Reportedly, Nadim found the girls that have grown together on stage over the years.

In 2021, the Mayyas made it to the preliminary stage of the Britain’s Got Talent: The Champions. Their global fame however came in 2022 after their debut performance on the America’s Got Talent stage.

The Mayyas Dance Group Before AGT

Before the America’s Got Talent act that shined more spotlight on the beauty and creative prowess of the Mayya’s dance crew, they have enjoyed quite a fame in Arab.

The group has also participated in several dance shows and talent competitions out which they won some.

For instance, in 2019, the Mayyas Group auditioned for the Arab’s Got Talent competition and stole the heart of many people including the judges with their unique performance.

In fact, one of the judges, Najwa Karam could not contain their excitement about their choreography rendition that they had to hit the buzzer and pushed them through the Lives.

Subsequently, the group gained the trust of the audience and won the 2019 Arab’s Got Talent Franchise after amassing the lion’s share of the public vote to defeat other contestants.

Hence, making history as the first all-female dance crew to be appreciated for their talent in the Arab setting.

After their incredible experience at the Arab’s Got Talent Show, the Mayyas debuted on the Britain’s Got Talent Championship stage later in 2019.

While on Britain’s Got Talent Championship stage, the dance crew mesmerised the audience with entertaining dance performances.

They also kept the judges gushing over their thrilling and disciplined performance. Reacting BGT Judge Alisha Dixon described their act as “very enchanting and mysterious.”

In 2021, the Mayyas Dance Group also participated in the Murex D’or Stage and won the award slated for the best in the competition.

The Mayyas Group Feat on AGT

Beyond a doubt, the Mayyas’ is one the best dance crew that has ever auditioned on the world’s biggest stage.

The dance group came with a ton of talent to “hypnotise” the judges and blow the roof off the heads of the audience.

The Mayyas group brought class, culture, style and originality to America’s Got Talent 2022. It is just beautiful how they represented their country on the stage.

The Mayyas dance crew audition on AGT opens with the crew on an organised queue and then, some hypnotic choreography beginning with well-organised hand movements.

They also unfolded a lot of fascinating surprises while on stage. Talk of their body blending style that so spots on and their hand twist-twisting that is incredible.

To a large extent, their choreography is all that is needed to translate the beauty of the Arabian music that was played in the background.

The Mayyas AGT performance is an ensemble of talent, style and culture. On stage, the Mayyas projected the Arab music genre that unites instruments such as drums, timbrel, gong, flutes and the piano.

In all, they delivered an electrifying show that kept us glued to our screens throughout.

Reacting Sofia said: “there are no words to explain to you what we were feeling over here. It was the most beautiful, creative dancing I have ever seen.”

Commenting, Hedi thanked the dance crew “for giving us a little glimpse of your culture which was so beautiful. It was stunning and I love every one of you.”

Their breathtaking choreography act captivated Sofia Vergara to send them forth to the semifinals with her golden buzzer.

According to their testimony, Lebanon is not a place to make a career out of dancing, especially for an all-female dance crew like the Mayyas.

For them, choreography is a way to express themselves and overcome societal sentiments that threaten their life dreams and utmost interests.

According to the Mayyas dance crew choreography director Nadim, He spent most of his time watching America’s Got Talent acts. So, performing on the AGT has always been a dream for him.

The motivation for this year’s audition on AGT Season 17, however, is Nightbird— a Former AGT talent who lost her battle to cancer.

“You can’t wait until life isn’t hard anymore until you decide to be happy” were the exact words of Nightbird that got tears rolling from Simon Cowell.

Furthering on, the crew member that introduced the Mayyas to America says AGT is their only “chance to prove to the world what women can do, the art we can create, the fight we fight…”

All of these inspired the Mayyas Dance group to go break a leg on America’s Got Talent Season 17.

On their Facebook page @MayyasOfficial, Mayyas has over 24 000 followers. Mayyas Instagram page also has over 73 000 followers with dozens of posts.

You can also enjoy the Mayyas’ performance videos on their official YouTube Channel.

Axel Blake: All You Need To Know About Britain’s Got Talent Winner

BBNaija Reunion 2022: Everything that Happened on Day 2