Lekan Balogun: the Next Olubadan after Oba Saliu Adetunji 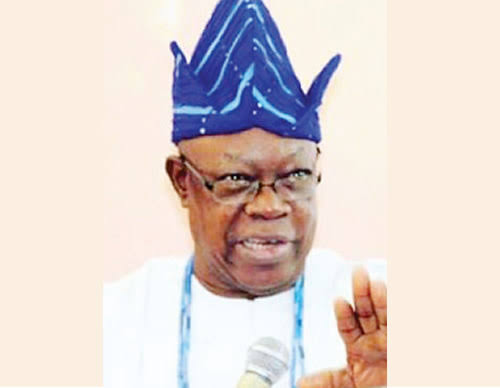 This story is about to introduce you to Ibadan Chief who will be crowned as the next “Olubadan of Ibadan” after late Oba Saliu Adetunji.

By now, drummers, praise singers and dancers must have moved to the house of the next Ibadan chief in the queue who will ascend the throne of “Olubadan of Ibadan” following the death of Oba Saliu Adetunji at 93 on Sunday January 2, 2022.

Who is the Next Olubadan of Ibadan?

According to the succession order, the next olubadan is the highest ranking chief from the royal bloodline of Egbe Agba.

Traditionally, the ruling lines of the Olubadan of Ibadan Kingship is between the families of Egbe Agba and Balogun.

Since the late Oba Saliu Adetunji came from the Balogun family, automatically, the next Olubadan of Ibadan is “Lekan Balogun”.

Who is “Lekan Balogun”?

Lekan Balogun is a former Nigerian senator and Otun Olubadan who hails from the Egbe Agba–Otun Olubadan royal line. By succession order, he is the next Olubadan.

The Biography of Lekan Balogun (the Next Olubadan)

Lekan Balogun had his primary school education in Ibadan. He proceeded to the CAC Modern School, Anlugbua, where he sat the Qualifying Examination that enabled him travel to the UK to study for his O and A level certificates.

Following his academic prowess, he was admitted into the Columbus International University for his first degree and the Brunel University, both in the UK, for his master’s degree in public and social administration.

For one and a half years, Balogun worked with Lamberth Local Government Social Services Department before he left to pursue a Ph.D at the Manchester University, UK.

When he returned to Nigeria, he worked with Ahmadu Bello University (ABU), Zaria, and then the Shell British Petroleum Company, where he rose to the position of head of recruitment.

In 1999, he Lekan Balogun was elected a member of the Nigerian Senate, where he served as chairman, Senate Committee on National Planning. He was also a member of other committees, including appropriations and security.

Balogun also worked as director at Triumph Newspaper, Kano, and editor at The Nigerian Pathfinder, a monthly magazine.

He was one of the 21 Ibadan leaders raised to the rank of king by a former governor of Oyo State, Abiola Ajimobi, in 2017.

List of Ibadan Chiefs In Line To Olubadan Throne

In order of succession, this is the list of the 10 Ibadan chiefs who are “future” Olubadan of Ibadan.